Skip to content
Sleep plays an important and integral role in the daily routine of human behavior and hence for human life. Sleeping disorder has been a major concern for the public health department with the accelerated rate of adults and teenagers succumbed to various sleeping disorders. 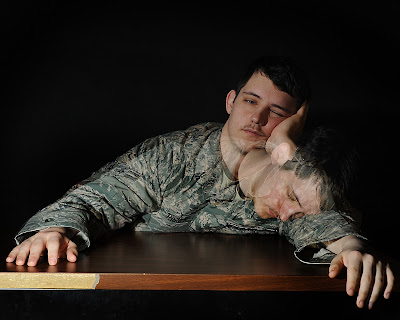 For a common man, it seems like one of the many disorders the world has witnessed down the centuries. However, for the concerned public health authorizes, it is the one and only problem that pioneers all other problems. Systematic researches have proved that sleeping disorders such as insomnia, obstructive sleep apnea, and falling asleep during the day are directly linked to motor vehicle crashes, industrial disasters, and medical and other occupational errors.

People around the world have sought to different means to tackle these disorders so that they overcome the above mentioned hazardous outcomes. The field of medicine has been constantly challenged by these disorders as some of the researches in the realm of medicine reveal that persons with sleeping disorders are more likely to suffer from chronic diseases such as depression, hypertension, diabetes, and obesity, as well as from cancer, increased mortality, and reduced quality of life and productivity. Fortunately, in the recent times, the medical science has introduced muscle relaxants which are obviously not permanent solutions but respite to people.

Muscle relaxants are technically medications that act as central nervous system depressants and have sedative and musculoskeletal relaxant properties. The medical science does not exclusively limit muscle relaxants as the sole remedy for sleeping disorders. However, it continues to encourage the traditional remedies such as proper and sufficient rest, physical therapy and other therapeutic measures to relieve the discomfort. According to medical researchers, muscle relaxants are significantly beneficial for a short-term usage for acute, painful musculoskeletal conditions.

Muscle relaxants are not exactly a class of drugs, but rather they are a group of different drugs and each drug has a distinctive sedative effect, depending on the type of sleeping disorder one suffers from. There are many kinds of muscle relaxants. Some of the most common ones include Baclofen, Chlorzoxazone (Lorzone, Parafon Forte DSC), Carisoprodol (Soma), Cyclobenzaprine (e.g. Amrix, Cyclobenzaprine Comfort Pac Fexmid, FlexePax, Flexeril, FusePaq Tabradol, Therabenzaprine-60), Dantrolene (Dantrium), Diazepam, Metaxalone (e.g. Skelaxin, Metaxall), and Methocarbamol (e.g. Robaxin, Robaxin-750). For people who experience sleeping insufficiency due to acute bone and muscle problems caused by an injury, may take Carisoprodol, while people who experience tightness of muscle and muscle spasms will take baclofen. In addition, baclofen is used to treat spine injuries.

To conclude, there are also some side effects just like any other invention in the field of medicine. Although, some of the muscle relaxants are highly beneficial to alleviate acute back pain, they have certain potential problems which should be seriously addressed when one is advised to take recourse to such medicines. Some of the side effects are potential abuse, interactions with antihistamines, allergic reactions, and tapering off. To minimize the potential risks, the doctor should informed of any history of seizures, liver disease, myasthenia gravis, or epilepsy, and any other medical conditions or concerns prior to taking muscle relaxants.